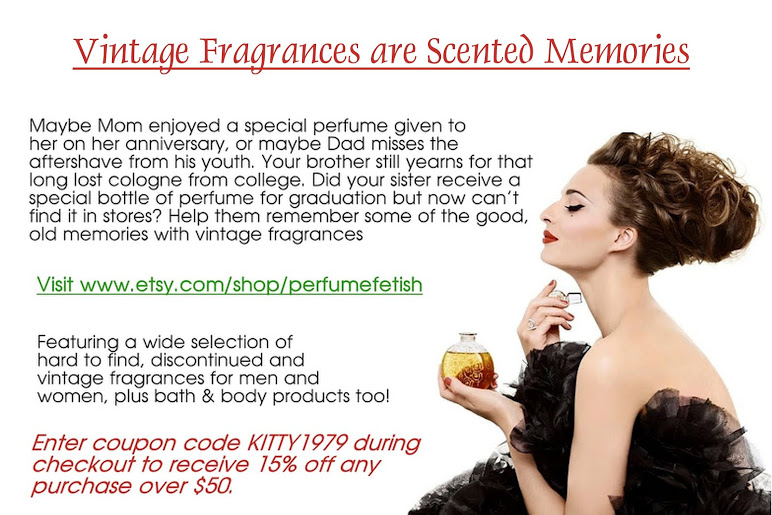 The bottle held the perfume Lalique de Lalique, also known as Parfum Lalique. Created by Sophia Grojsman in 1992, it is classified as a crisp fruity floral-oriental fragrance for women. 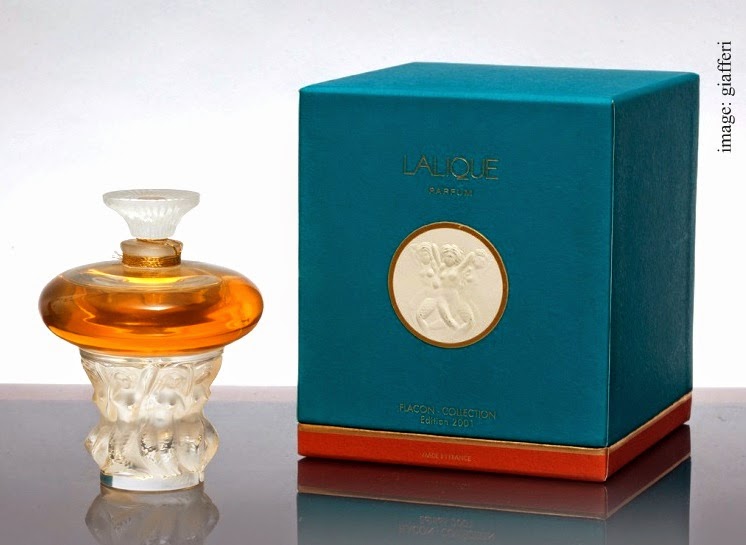 "In creating its first perfume in 1992: Lalique de Lalique, the House of Lalique's mission was able to introduce something magic into the heart of crystal, that it celebrates each year, by designing a Flacon Collection, a limited edition, numbered and signed. Ever since, these Lalique flacons have put their mark on time, some of them are famous others are invaluable, but all have become much sought after collectors pieces...

This year, inspired by a mythological theme, dear to the heart of Rene Lalique, we pay a tribute to women and to their seduction power. A like a dewdrop, a bubble of Lalique perfume invites you to play a marvelous game every evening and every morning. It sets itself gently down on an ocean wave. Delicately tossed about on iridescent waters, it harnesses the sun and dreams up tender adventures as though born along by the smiling waves, it is prudent and uses its wits like Ulysses of old. It hears, without listening, the disquieting charm of the riotous waters. It abandons itself to their jostling and melts into the curling waves, settled comfortably above the Siren's call, it dozes off, rocked to sleep by the surf. Brimming with grace and intensity, it swells with pleasure and relaxes to the sound of distant seas. It delights in the troubling echoes the sirens invent to entice passing travelers. It listens to the roar of the waves and hears only lilting music and the song of the sirens, murmur of seduction."

Les Sirenes, the 2001 limited edition has been created with the art and tradition of Lalique. The heart of the flacon represents a water drop delicately sustained by the sirens dancing round and revealing their charms and their seduction power. 2001 Limited Edition Signed and numbered flacon.